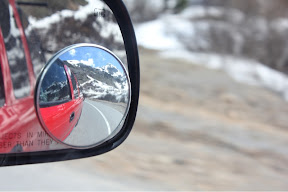 The San Juans in the Rearview a few weeks before Hardrock

In typical fashion I am a bit slow in updating, but just over a week ago I finished up a whirlwind trip to St George, UT and Silverton, CO. I went to St. George to work with UltraSpire on a new video commercial they are working on for Outdoor Retailer. I met fellow Elite Immortal ( that's what Ultraspire calls their athletes), Krissy Moehl in the airport and from the moment we got off of the plane item was just a whirlwind of filming, product testing/feedback, voice over interviews and all around good times. We were able to see some amazing areas of St. George, the even had me considering moving to that area. In what seemed a blink of an eye we were headed back to the airport to fly to Grand Junction and then drive in to Silverton, where both of us would be serving as pacers at the Hardrock 100. 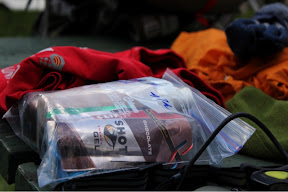 Just being in Silverton for Hardrock was awe inspiring. It was the first time I have helped crew or pace, and I had the privilege to be part of the team for Matt Hart. The night before the race we had a great dinner and spent sometime going over splits and plans for the next day. In typical fashion we went to bed early, just to lay in bed waiting for the morning to come. The whole house was up early, Matt and Dakota eating breakfast and the rest of us lazily getting ready. The start was super exciting, but weird being on the outside of the line. 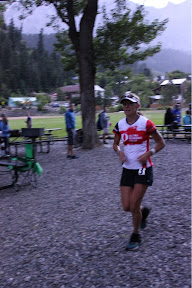 After runners went out we headed to get caffeinated, eat and then drive around to the first aid station. Pretty much the rest of the day was a blur of driving rough roads, seeing Matt and the other runners for a few brief moments and then repeating. In the early evening a got ready to run with Matt from Ouray to KT, around 35 miles. 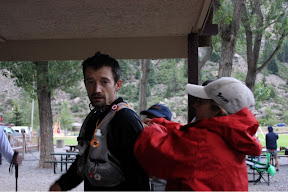 Jared Campbell looking out from the pain cave, about to leave Ouray 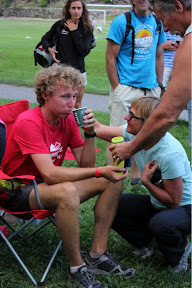 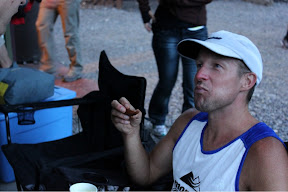 Matt eating a small feast of "real" food at Ouray 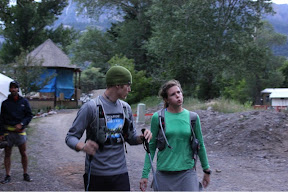 Matt was in good spirits when he got to the aid station but was feeling the effects of the first 50+ miles of Hardrock. We made constant forward progress all night, at times it wasn't much more than hiking pace. Just before the dawn Matt got really cold because of his inability to consume calories, he was wearing both of our jackets, gloves and a hat, yet was still having a hard time staying warm. Just after dawn I sat him down and made him eat before descending into Chapman aid station. At the aid station he rested for about an hour and then rallied pretty much the rest of the way to KT where I passed him back to Ellen. I hitched a ride back to the start finish to wait for Matt. He came in just under 35 hours thoroughly worked but happy to be done. 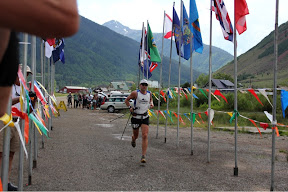 Matt actually running into the finish to get under 35 hours 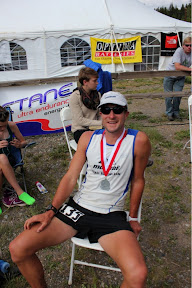 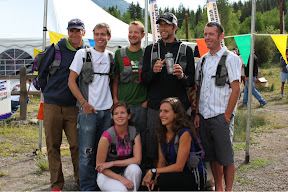 All the UltraSpire athletes that either ran, paced or ran an aid station at Hardrock, there was lots of solid product testing going on, you should start getting anxious to get your hands on one of these packs!

The next day Tanae and I ran back up to Ice Lake to get one more taste of the San Juans before having to head back to work in New Mexico. Overall it was an incredible trip, with list of running, friends and good time. In a side note overall training has been going well with 147 miles of running in the 8 days following Hardrock. Things should start coming together for a very solid Wasatch 100.
- Posted using BlogPress from my iPad